Exclusive Hotel For Sale in Italy 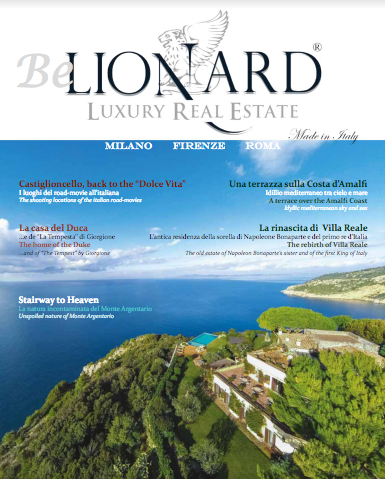 This splendid luxury boutique hotel in Tuscany rests on a hill top overlooking the famous towers of San Gimignano, and is surrounded by centuries old Cyprus trees.Originally a convent dating to 1587, a recent and accurate restoration has exposed its original beauty and Renaissance features with its elegant proportions, sober Tuscan style, and the colours of the famous stone “pietra serena” and old handmade bricks which is typical of the region.  Following the entrance road there is a large car park surrounded by an Italian garden and a park enriched by many Cyprus trees where an ancient chapel is located as well as a beautiful swimming pool with a bar surrounded by an English lawn.  Inside the relais we find the cloister, leading to the coffee room, a wine bar, congress room, library, TV room and the lounge with an impressive fireplace enriched by golden tapestries and frescoes. Underneath the cloister an ancient cistern has been restructured into a wine bar.


The first floor of this exclusive hotel for sale in Italy hosts 20 en-suite rooms with all modern comforts. They are characterised by typical architectural features such as three panelled windows separated by small columns (trifore), small balconies and stone framed doorways from which you are rewarded with a view all the way down the valley.  The suite is located over two levels inside the tower.  The environments are distinguished by different colours, architectural elements and style, passing from some rustic to more elegant designs.  All are however furnished according to the traditional classic sobre Tuscan style with ocra, bordeaux and dark green colours of Siena’s palaces and with marbles and travertines in the bathrooms.
The area originally used as the church of the convent is today a seductive restaurant, looking over the churchyard and the beautiful gardens all the way over to the ancient city towers. The luxury property could easily become a private residence and would represent a wonderful signature property by becoming one of the most exclusive Italian homes in the region.

the prestigious villa chandon, near amalfi
Villa Chambon, a prestigious sea-front property with panoramic views of the sea, located in the bay of Conca dei Marini, near Amalfi, is for sale.

charming chalet in the province of lecco
In a quiet, intimate position in Barzio, a renowned tourist town of the province of Lecco, there is this stunning villa for sale in a typical Alpine design.

up to 2,5m Lake-Como - Lombardy - Lecco Ref. 6038
See all
x
Notice: this site or third-party tools used by this website make use of cookies necessary for the operation and useful for the purposes outlined in the Cookie Policy. If you want to learn more or deny the consent of all or some cookies, see the Cookie Policy. By closing this banner, scrolling this page, clicking on a link or continuing navigation in any other way, you give the consent to the use of cookies.