plus other rooms and technical areas: 5 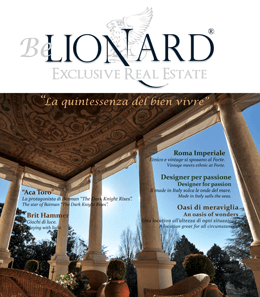 
Prime real estate for sale in Tuscany in the splendid setting of the Florence Chianti hills. This luxury property dates back to 1400 AD, and features a historic villa of 1200m2 surrounded by 5 hectares of land.


The residence is characterized by elegance and tradition and it offers a warm and pleasant atmosphere where you can relax and enjoy the tranquility of the surrounding countryside. The green landscape let you live nature, offering you the opportunity to take long walks and to see pheasants and leverets.

The villa is surrounded by 5 hectares of grounds: one hectare is cultivated for the production of the Chianti Classico wine, while the remainder is occupied by woods and olive groves. Near the building there are two gardens: the first garden in English style has many cypress trees leading to the entrance of the villa and to the small chapel with adjoining sacresty, crypt and a small courtyard with a loggia topped by a large terrace. The other garden in Italian style has panoramic terraces that are an ideal support for the heated swimming pool and for the elegant facade on the back of the villa.

The residence was renovated to create a Bed & Breakfast and it has three different levels. The basement is occupied by a kitchen and two dining rooms and some rooms used as wine cellars. The ground floor and first floor consist in ten wide exclusive bedrooms with private bathrooms and with breathtaking views of the Tuscan hills. The interiors are characterized by an elegant simplicity with antique furniture and exposed beams of the ceilings that combine to the modern bathrooms equipped with every comfort.One of the finest luxury properties for sale in Tuscany.

€ 12.000.000 Tuscany - Florence-Region Ref. 0701
See all
x
Notice: this site or third-party tools used by this website make use of cookies necessary for the operation and useful for the purposes outlined in the Cookie Policy. If you want to learn more or deny the consent of all or some cookies, see the Cookie Policy. By closing this banner, scrolling this page, clicking on a link or continuing navigation in any other way, you give the consent to the use of cookies.